It is no doubt that mosquitoes are an obnoxious pest. They buzz and bite, sometimes even carrying a multitude of deadly diseases such as the west nile virus, malaria, and the zika virus. The also spawn relentlessly all across any remotely warm and humid climate from any water left standing.

Risk being known, what’s the best way to take care of said mosquitoes? Bug zappers are an obvious choice for control of flying pests, but is the best fly zapper equivalent to the best mosquito zapper? Sadly that definitely is not the case. The old adage of “like a moth to a flame,” calls reference to how most insects are attracted to light and applies that to someone with an endless and unceasing desire that also tends to be self-destructive.

Taking a step outside and looking at streetlights is proof as the various night bugs circle endlessly around the brightest source of light they can find. There are several theories on why moths and other bugs are attracted to light. One such theory is about a behaviour called transverse orientation.

Some insects will navigate by flying at an angle relative to a distance light source like the moon. Around man-made lights, however, like a street-light or a campfire, the insects become dazzled and dive bomb into the source.

Naturally, your best outdoor bug zapper relies on this effect by having a bright luminescent bulb to draw insects into the electrified grid that spans a box grid around it. That being said, what is the best mosquito zapper?

Mosquitoes are fickle creatures, and don’t quite play by the rules that other bugs do. One major difference is that mosquito zapper aren’t attracted to light. Instead, they seek out carbon dioxide and similar scented chemicals. Knowing this, companies have adapted and added attractants to some zappers.

One such zapper is the Flowtron BK-15D Electronic Insect Killer. The first thing to be pointed out about the Flowtron is the ability to utilize octenol packets to attract mosquito and biting fly variants. Without these packets, this zapper will do a fine drop attracting annoying moths and other insects, however, when equipped with the packets and positioned around 25 feet away from the house this zapper will truly shine. 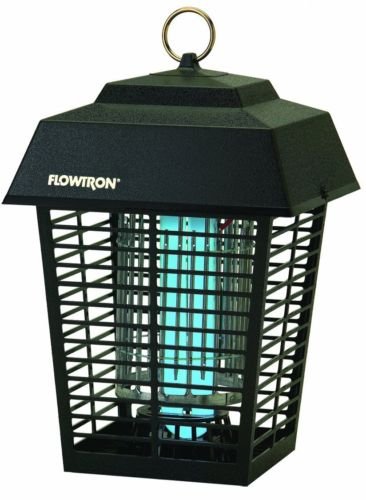 The 25 foot requirement is to prevent mosquitoes from gaining the scent of humans, which will still override the octenol. Individual packets can be bought for around 50 dollars on amazon.

The obvious upsides to this product are that it will actually kill mosquitoes instead of very passively killing them when they wander in, as well as having a two year limited warranty. The one major downside is that it’s somewhat pricey for a zapper, ending up being around 40 dollars.

It will eventually need to be refilled, as well. Despite these downsides, the Flowtron is no doubt the best bug zapper for mosquitos. Personally, I find the Flowtron to be the most effective bug zapper available, being the most well rounded zapper, on top of being targeted at mosquitoes.

Having a Tregini Electric Fly Swatter on the outside of your house is an easy way to lower the levels of insects nearby, but what about inside the house? At that point, it’s just not comfortable to let the bugs exist as they please. The Zap-It! 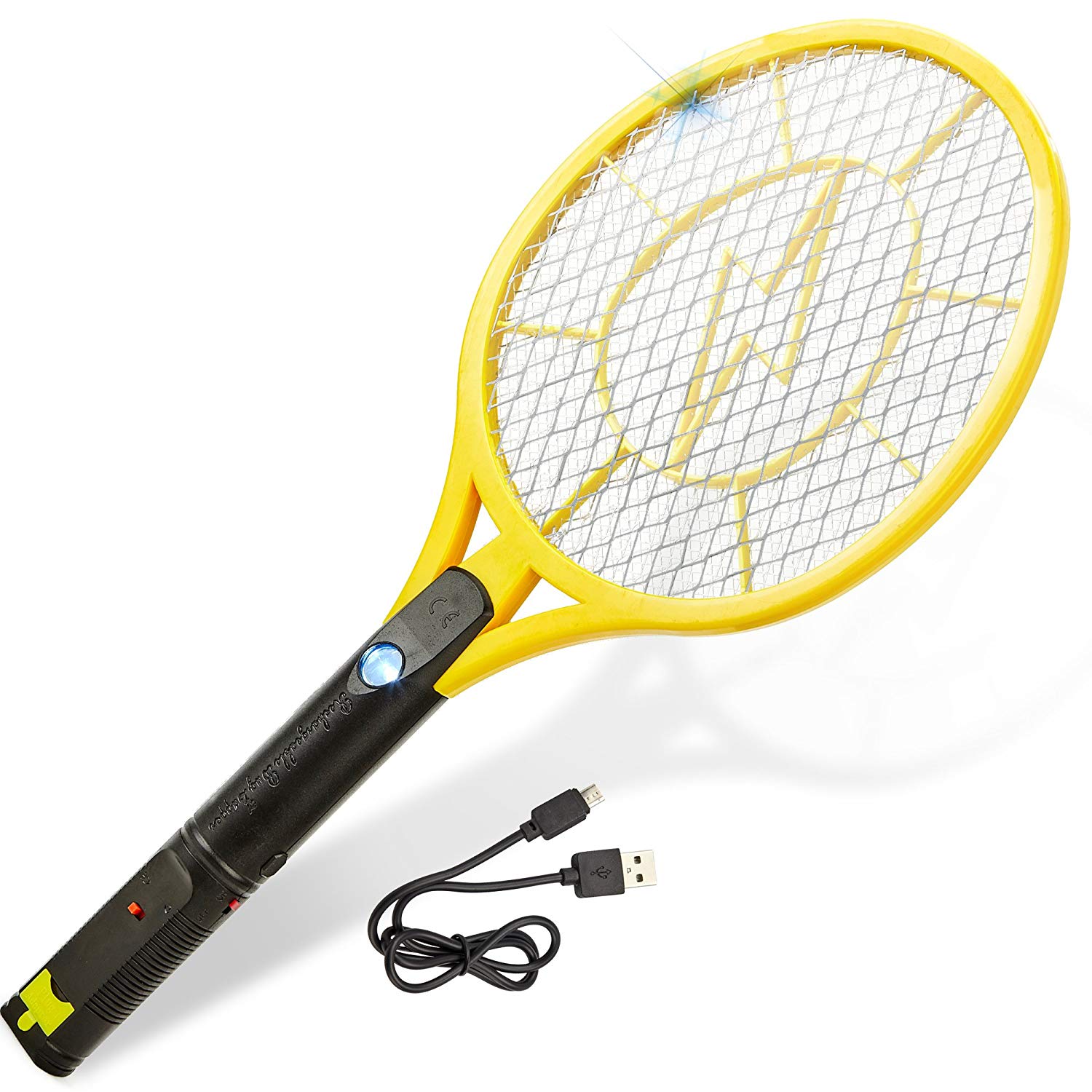 Due to it’s small size, the mini zapper may be the best outdoor bug zapper, so to speak. Light and efficient, it can be kept it in backpack while on vacation. It also has the added bonus of being cheaper than the large size version, being around 25 dollars, again, even less with prime.

The downsides to this fall in line with the large version, with the added downside of being smaller in size. Regardless, this is probably the optimum choice for vacations. 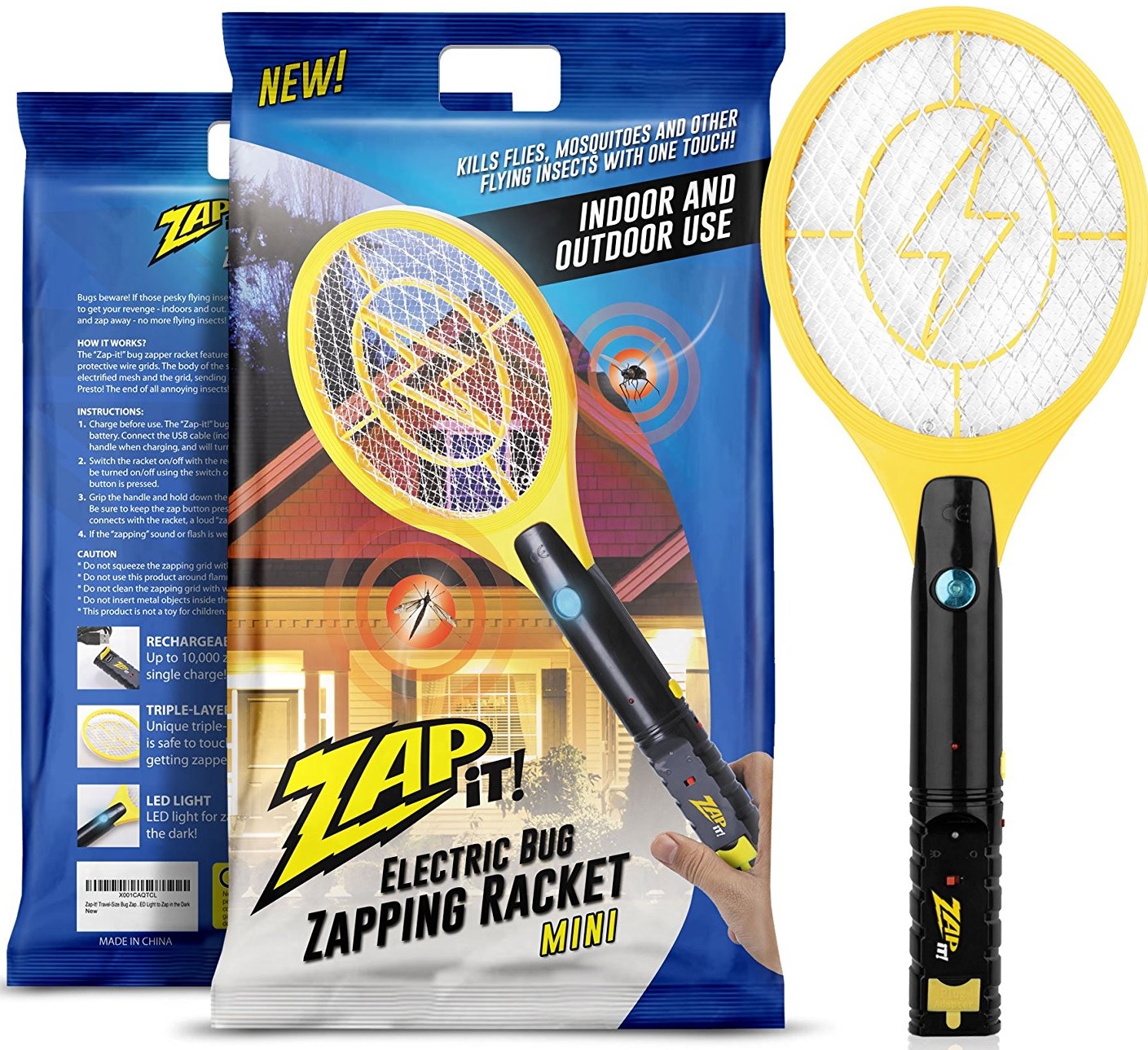 The next product is rather unique for a bug zapper, being silent and barely noticeable. Being so unique, this indoor bug zapper review will be direct and precise. The zapper in question is the iHomy Electronic Insect Killer, Bug Zapper Light Bulb.

This lightbulb zapper can be mounted anywhere similarly sized light bulbs can, most likely best suited for porch lights. If properly placed in a kitchen, fruit flies and flies of other types can be handled just as efficiently as with a trap or handheld zapper. As a bonus (or downside if you’re into the sound) this zapper is entirely soundless and odorless.

You won’t even remember it’s there most of the time. It’s even bright enough to act as a replacement light. Furthermore, it’s spectacularly cheap, being less than 5 dollars per bulb. The downside with the bulb is how small of an area it will control. Each bulb is likely to only contain one room, or a swathe of a porch. When it comes to controlling parts of a house, this bulb really shines. 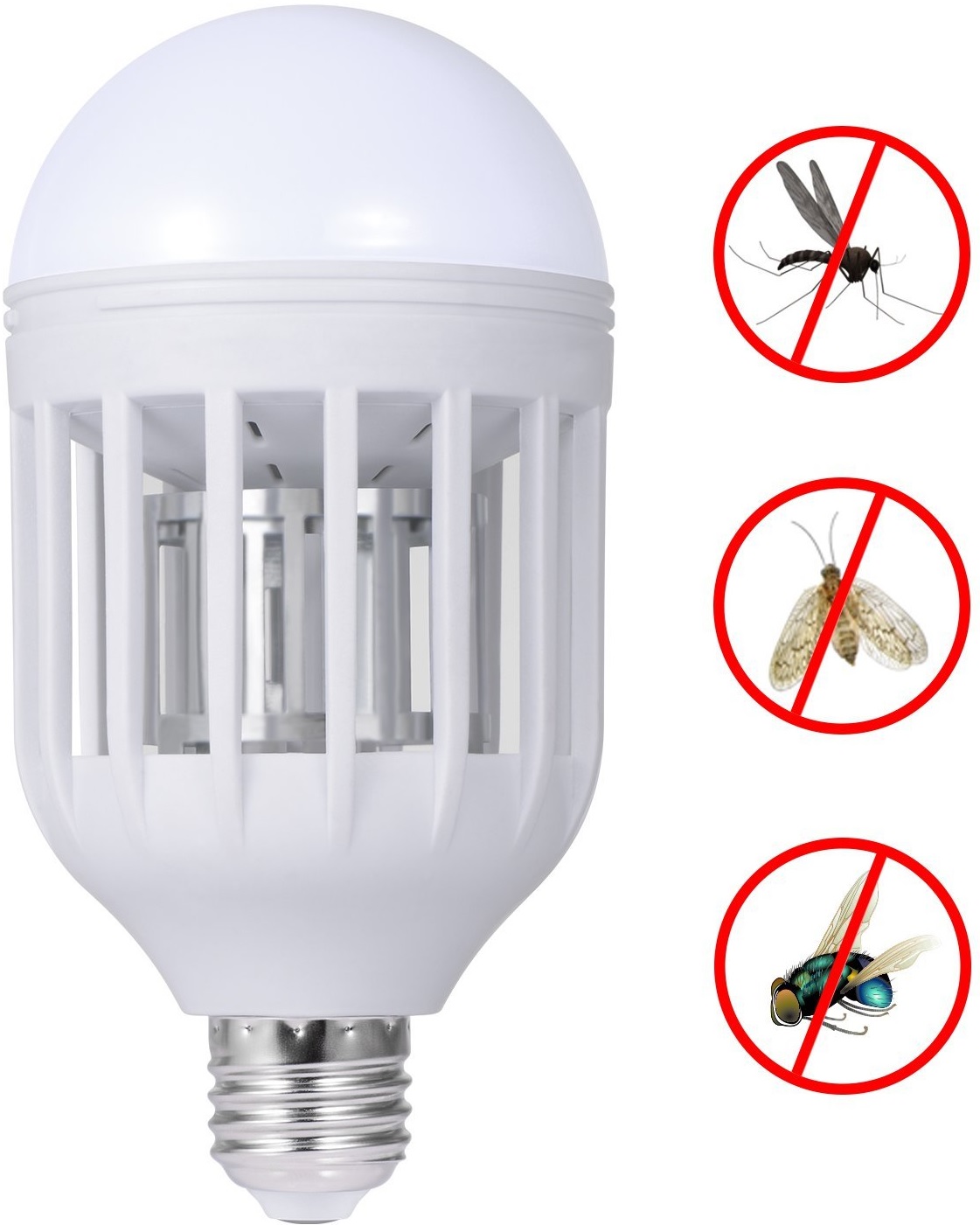 The Elucto Electric Bug Zapper may seem like a repeat of the previous Zap-It! product, and that it is in theory. However, this has it’s own hidden talents. For example, it doesn’t have the safety grid that the previous handheld zapper had.

While this may seem like a downside, consider the fact that the previous zapper couldn’t kill larger insects like cockroaches and the like due to the shield. With the Elucto Electric Bug Zapper, those insects are fair game too. That being said, this product is somewhat lacking in utility, as it has to use AA batteries.

Luckily, those are included with the price of around 20 dollars. If larger crawling insects are your problem, this may be the zapper for you. 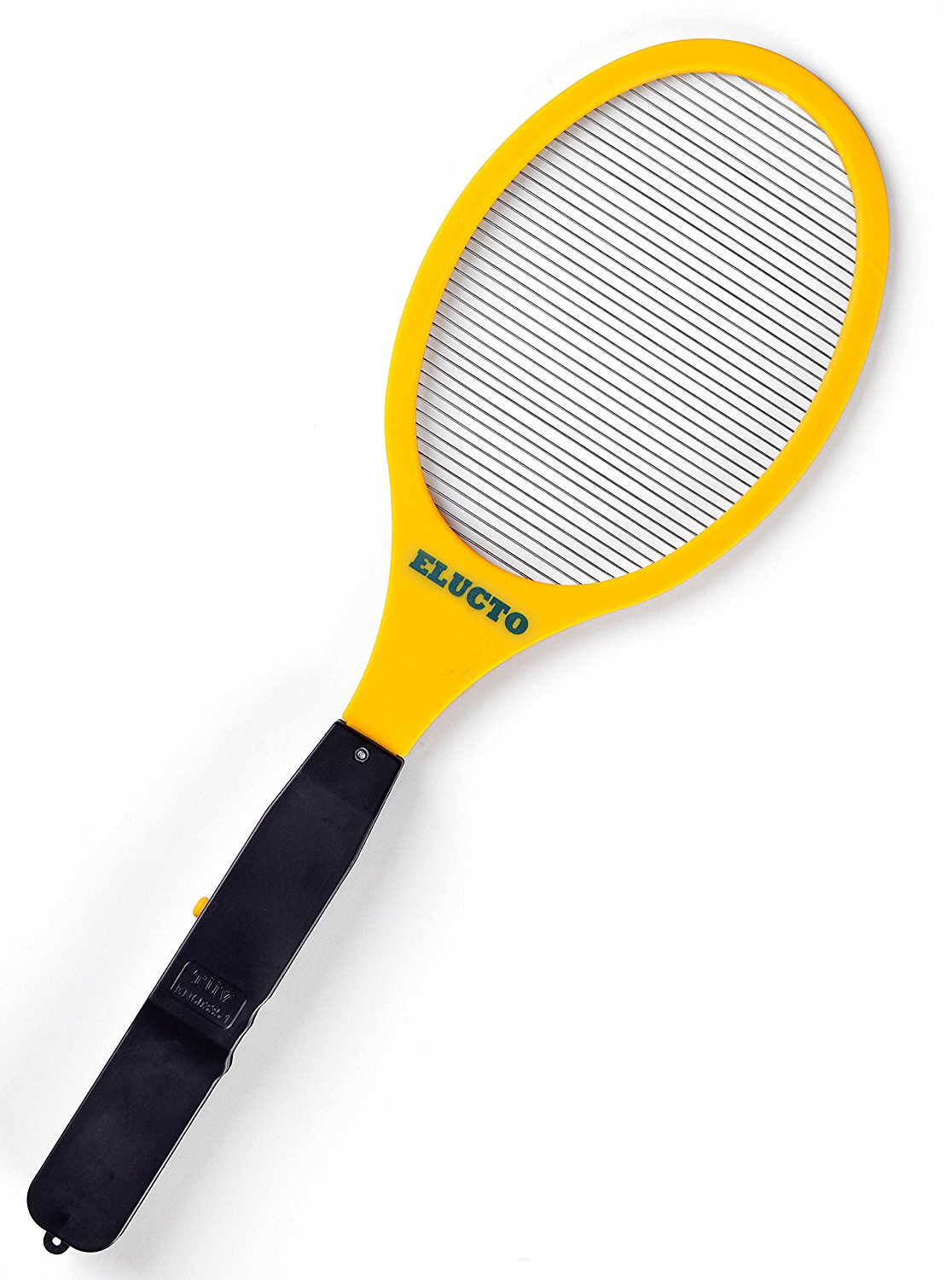 Next in the lineup is the LiBa Bug Zapper & Electric Indoor Insect Killer. This Zapper is touted as the strongest zapper on the market, and has the appearance to match. This zapper comes equipped with the strongest bulbs on the market at a whopping 2800V.

In the product description, the LiBa Bug Zapper is explained to be the ultimate counter to dangerous pesticides that will deal just as much damage to you as they will to the insects. The main reason that this claim may be true lies in the 365 nm wavelength that the zapper supposedly emits.

Insects are further attracted to this wavelength on top of the bright light it emits. In case you don’t have the room to have this mounted to the ground, this zapper comes with a space saving wire chain to be hung from the ceiling. Furthermore, it comes with 2 replacement bulbs, despite the bulbs being rated to last up to 5000 hours. 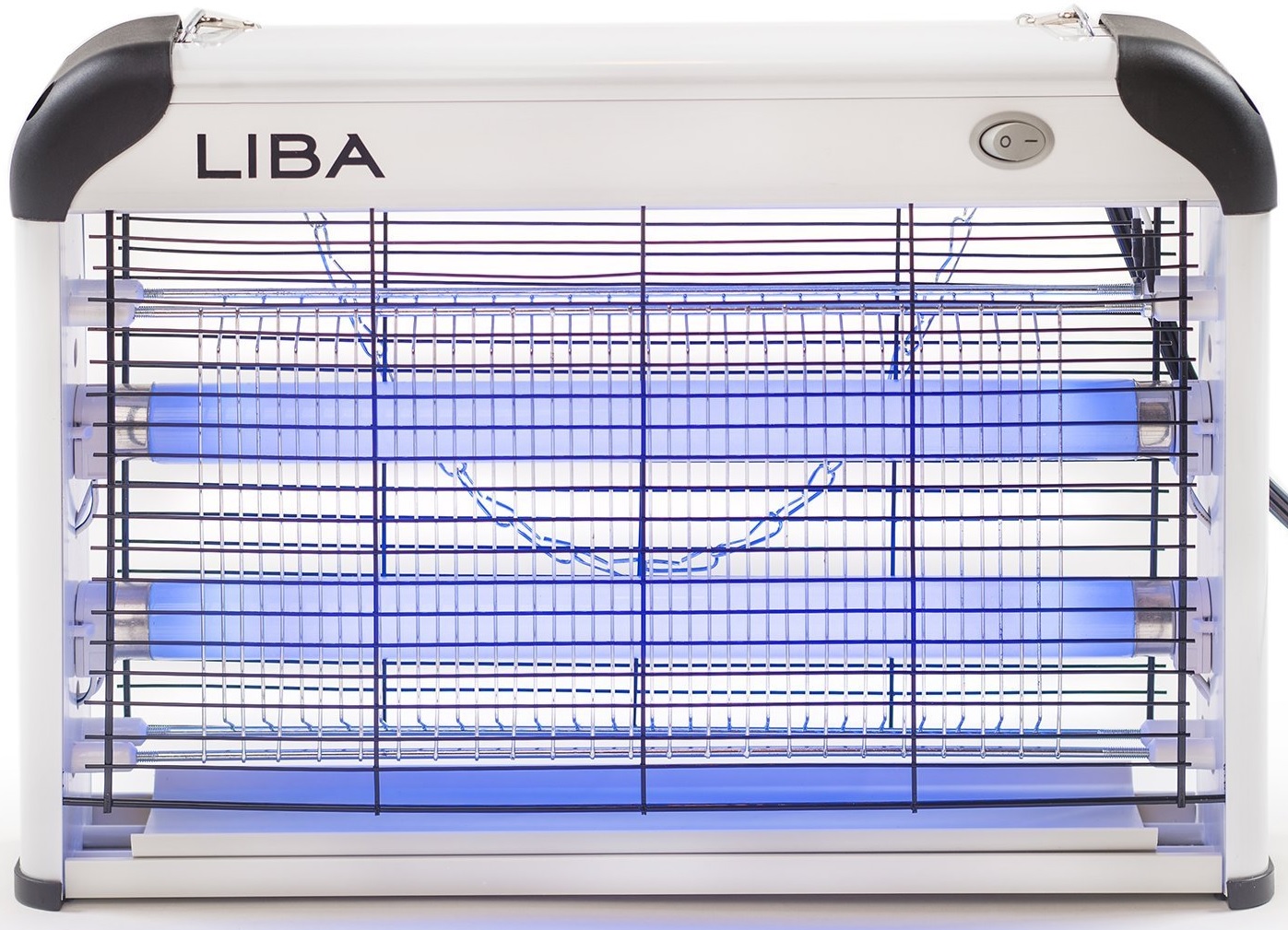 Overall, this product seems like an excellent purchase and potentially the best electric bug zapper. Few downsides, and in the fairly tolerable range of between 30-50 dollars.

Similar to how the Zap-It! had a smaller sibling, the LiBa has a smaller cousin known as the Upgraded- Aspectek 20W Electronic Bug Zapper. The upgraded in the name refers to how it’s specifications are in general, just better. This electronic zapper is smaller, brighter, and easier to position around the house.

At a fair prime price of around 40 dollars, it’s a fair purchase that is guaranteed to do exactly what it advertised, and possibly even more. 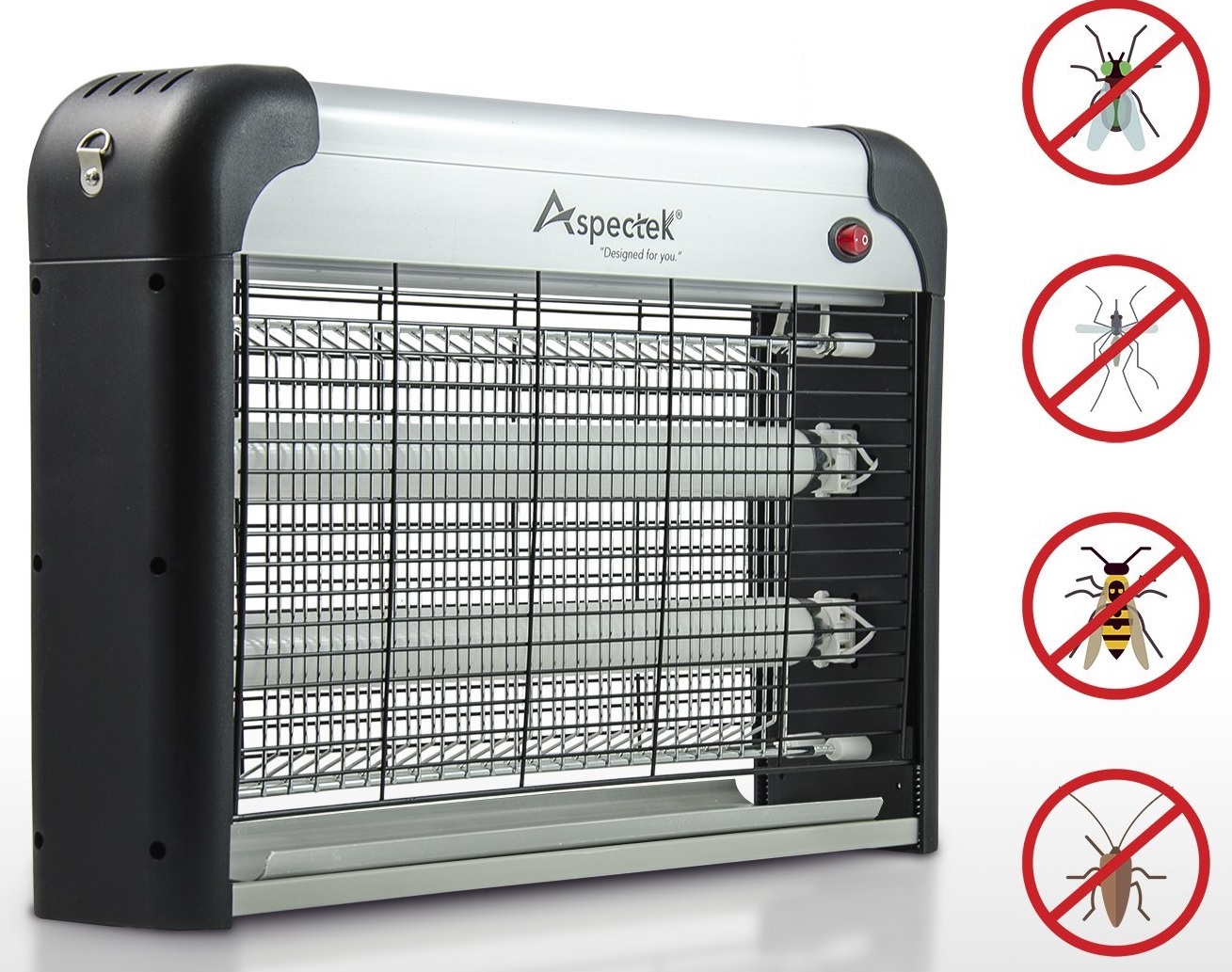 Next in line is the Hoont Ultra Powerful Electronic Indoor/ Outdoor Bug Zapper. The Hoont Zapper has a 1 and ½ acre coverage, negating the need for multiple zappers around the average urban household.

Definitely a simple choice, but when it comes to a standard wide coverage, the Hoont Zapper definitely does it’s job. The only real downside is how pricey it is, even during a sale. 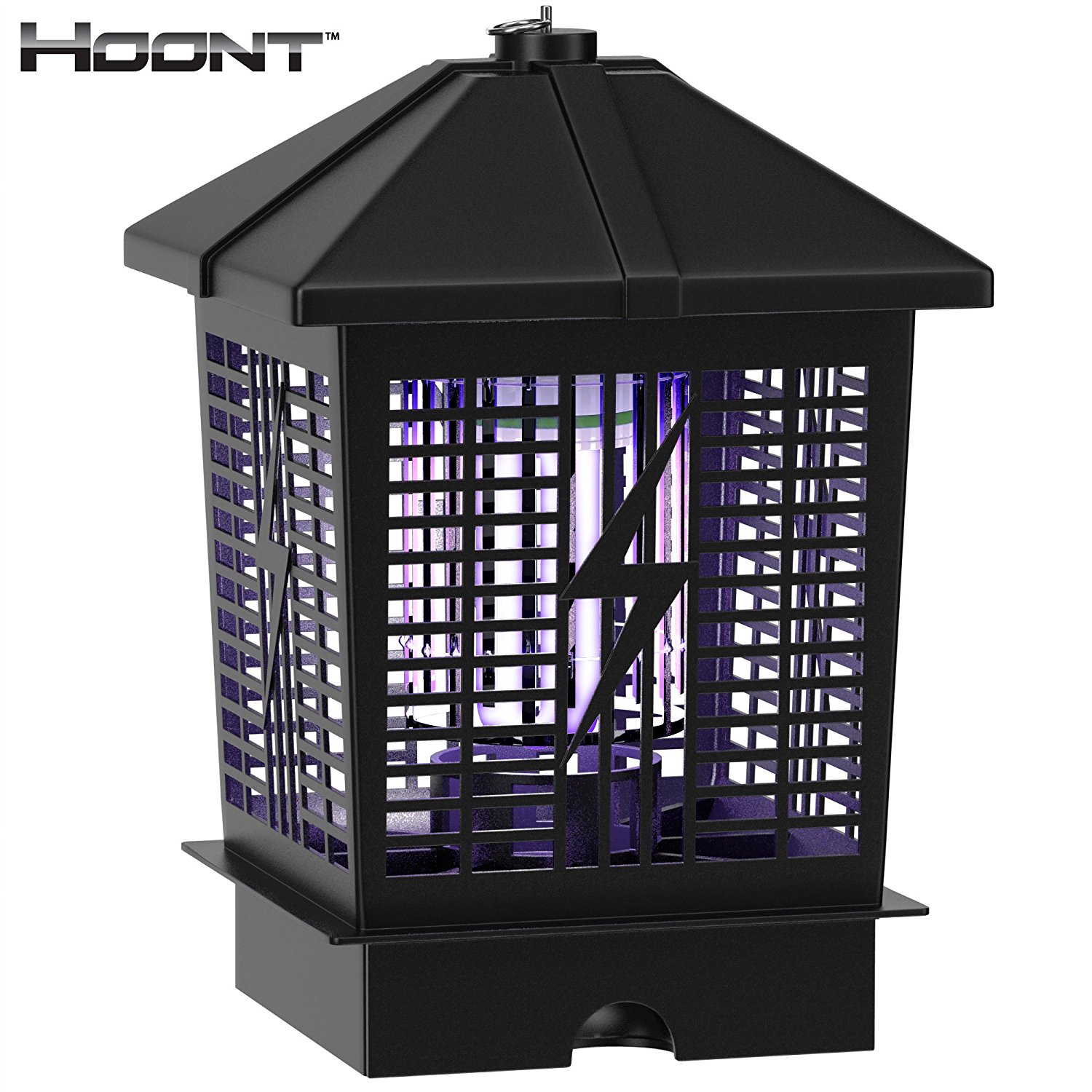 Hoont has another excellent product called the Hoont Powerful Electronic Indoor Bug Zapper with UV LIght and Dual Fans. This unique zapper is fitted with two large fans meant to suck curious insects through, straight into the powered grid across the front. This Fan Zapper is claimed to have a 4,000 sq ft total coverage radius.

This zapper is suited for use in any indoor location, such as a restaurant, a school, or any given household. It can be mounted to a ceiling or placed on the ground, and will continue sucking up insects regardless of position. The machine also has UV bulbs for the express purpose of attracting insects more efficiently to the electric grid and fan suction.

The unique suction action of this zapper is definitely very efficient and interesting, and is shown to be rather good purchase. The downsides of this product include the fact that it can’t be wet whatsoever, unlike some hanging lantern type zappers, as well as the fact that it doesn’t come with any replacement bulbs. 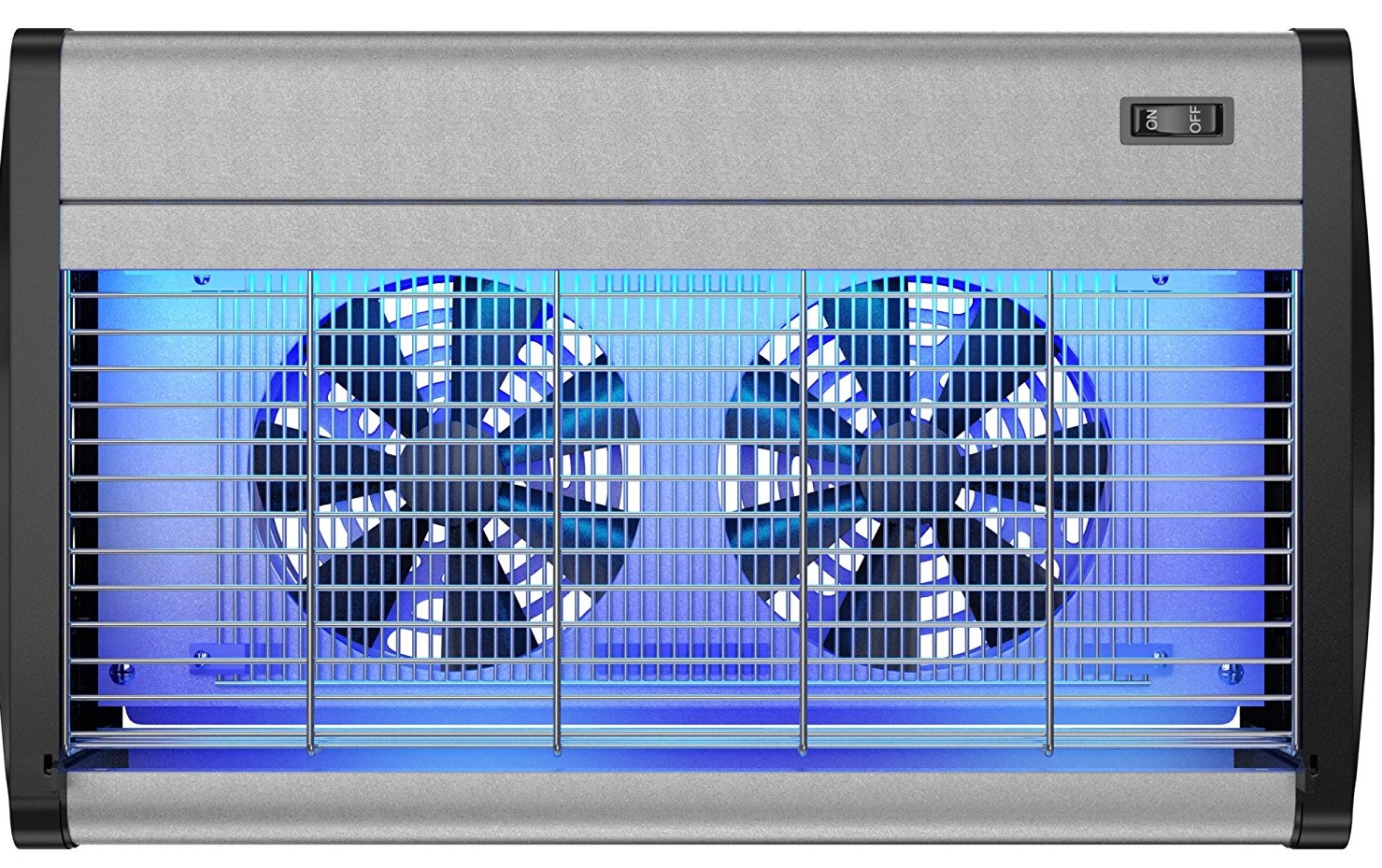 Overall, this is certainly a solid purchase at around 60 dollars, and will serve you well over the time it is used.

There are literally hundreds of potential options when it comes to bug zappers, from hanging electric grids with or without scents. When it comes to mosquitoes, the best bug zappers are going to have the scents, but for other insects, those scents aren’t quite necessary.

Invest in the Flowtron for a mosquito infestations around the house, but if the problem lies inside, the Zap-It! will help solve the issue nicely. Flies will fall nicely to the iHomy zapper bulb. When it comes to a zapper that fits. However, one should be aware that using a zapper does have an impact on the natural life around one’s house. Not only do zappers killing annoying biting flies and moths, they also kill beneficial insects that may be off killing the dreaded mosquitoes.

Zappers don’t have a way to discriminate between the good and bad bugs, as most insects are attracted to light. The zappers that use octenol to attract mosquitoes are definitely better at “discriminating” so to speak, but even then, they still have an impact.

It’s important to be aware of all this, not just because the good bugs are killed, but because when those good bugs die, the other pests in the world have that much more of a lead in infestations. Using one’s own best judgement is the only way to properly determine if a zapper is necessary.

That being said, I believe that these reviews over the top rated bug zappers will be a helpful tool in deciding which zappers will do which job just right. Overall, the choice lies in the consumer, as it always has, so make the educated choice when it comes to purchasing items.